Mavericks doesn’t have Java installed by default. If you try to use the /usr/bin/java executable from Terminal, it will pop up a dialog prompting you to visit Oracle’s site and download a JDK. 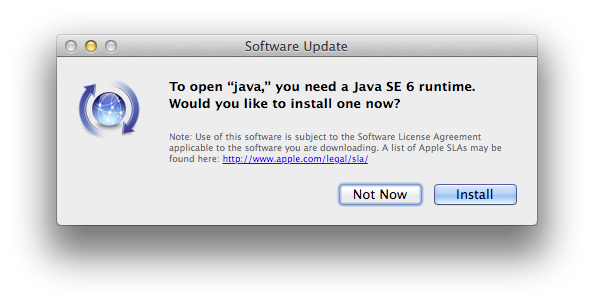 The Java installer stub /System/Library/Java/Support/CoreDeploy.bundle/Contents/Download\ Java\ Components.app appears to check if it was invoked from an interactive TTY or not, and changes behavior accordingly.